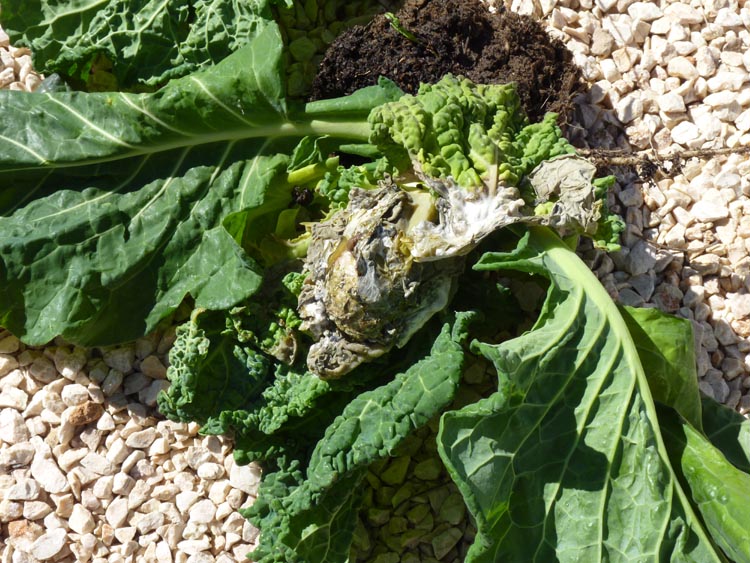 I want to scream, stamp my foot in anger, have a mardy and then curl up into the fetal position and have a good cry. I’m normally a positive person and if I don’t succeed I keep trying until I do. For example you may recall when I discovered roots from nearby trees and hedges invaded my raised veggie patch (Piglet’s plot) I dug out all the soil (with Mr Piglet’s help), removed all the roots , lined the bed with a breathable root barrier and then replaced the soil.

However, nature and the elements have finally conspired against me. Yesterday, while pottering and weeding I noticed there was something wrong with one of the cabbages. On closer inspection I discovered the inside of the cabbage had rotted and was covered in a white mold. Some of the lettuces were also affected and were in a right sorry state.

After removing all the affected plants I scoured the internet for clues.
I think it could be Sclerotinia Rot or White Cabbage Mold If so, I don’t think I will be able to grow any new plants for the rest of the season. Basically, if I’ve understood correctly, you can’t treat the fungus once the soil is contaminated.

Related Posts:
I’m being invaded…
Zucchini – I give up!

44 thoughts on “The Demise of Piglet’s Veggie Plot”