If you have followed the ongoing saga regarding my failed attempts to grow zucchini, the photograph below will be familiar. Fellow bloggers kindly offered suggestions as to the possible cause along with some remedies.
Vegetable Diary June: Veggie Disasters – S.O.S

To cut a long story short, I finally decided despite my valiant efforts, it was time to quit and dig them up! You can imagine my surprise when I saw all the white “fluffy” stuff resembling cottonwool attached to the roots!

Do you think it’s some sort of insect i.e mealy-bug, a fungus of some description or neither? Any ideas? The raised vegetable area was only consturcted this year and I used compost, processed manure and general soil so nothing had previously been grown in this area. 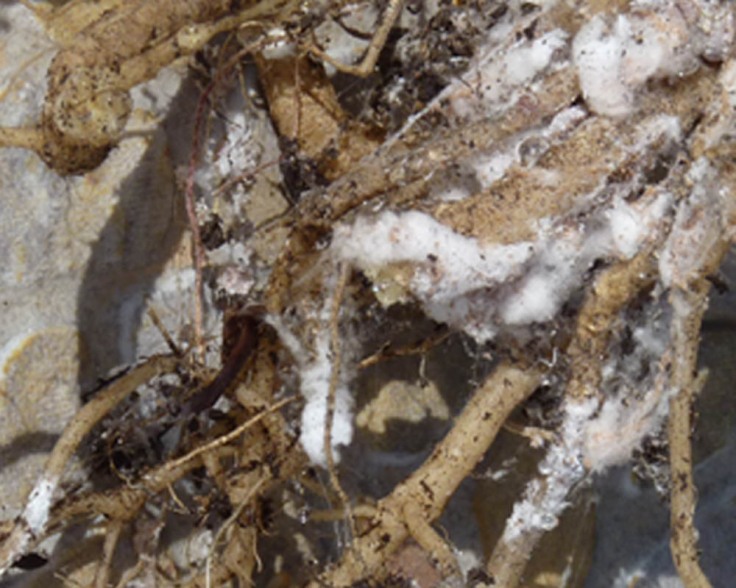 Has anyone else experienced this problem? If so how did you resolve, or if not did you have the same problem the following year?

Vegetable Diary July – I will never be self sufficient!

Maybe because we live close to the sea and the humidity is extremely high, growing courgettes and squash will always be problematic. Sigh…