A new year brings a plethora of resolutions one of which is to actively participate in the Six on Saturday garden challenge once again. I am sad to say I have neglected my garden for several months due to a persistent knee injury, so on hobbling around my plot the number of flowering plants came as a welcome surprise but the bugs and weeds not so much!

The white bird of paradise plant became too tall to remain in the big black tub on the terrace so we dug it out and replanted in the back garden. Fingers crossed it survives as it is in an exposed location. 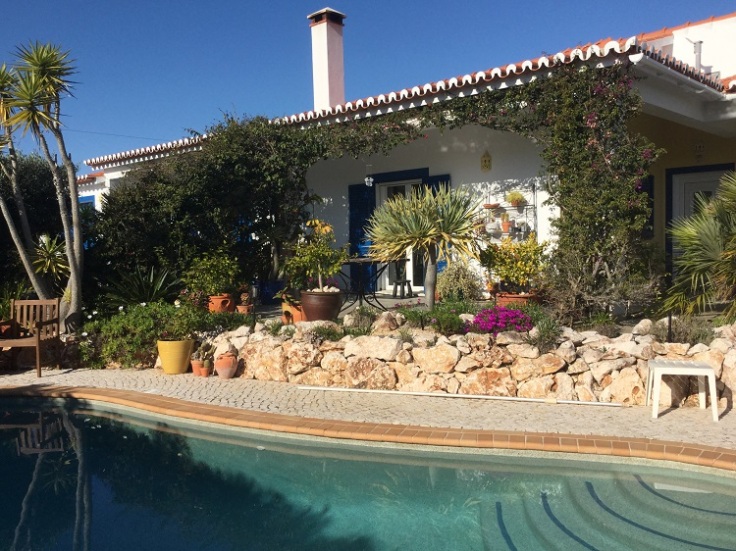 2. Succulents and Cacti in Flower

This is a small collection of the succulents in flower.

I only have one rose which I grow in a pot so I am delighted to see it survived the torrential rain and strong winds in early December to produce such beautiful blooms! 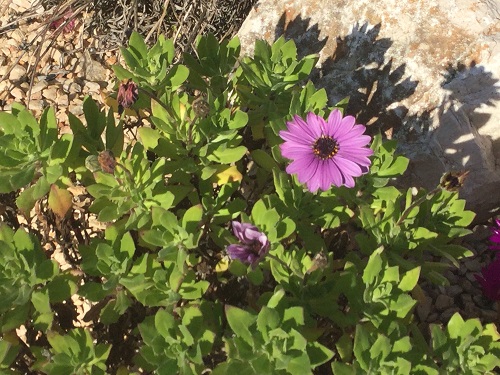 Every summer the leaves of the Gazania frazzle in the sun, turn brown and then resemble a bird’s nest. I promise to dig them all up but I don’t. I strip the plants with a hand rake to remove the dead foliage with the resolve their days are numbered.

I love hibiscus. Mine grow best in pots and flower most of the year. Sun or partial shade they always reward me with flowers.

After for not flowering for years my bird of paradise flowers almost continuously for the last year.

My raised vegetable garden is looking rather forlorn with more weeds than veg. The only edible inhabitants are the brussel sprouts. Once these have finished cropping, we aka Mr. P, will dig over the plot and add the rotted compost and fertiliser. We are undecided what to plant and will be looking for inspiration.

Considering the brussel sprouts were planted in July as plugs not seeds, they were not ready for Christmas. They are also covered in bugs who I think actually enjoyed the semi-regular douse of soapy water.

I have a few fruit trees but they struggle. We only had 55 oranges on the main tree this year and unlike last year, the fruit was bitter. We wonder if it was due to watering with the grey water from the washing machine?

The ornamental orange trese growing are still producing oranges so plenty to freeze as ice cubes for my summer gin and tonic.

The kumquat tree growing in a pot, dare I say, is doing well and has given birth to several baby kumquats. Earlier in the year I removed nearly every young leaf that was attacked by citrus leaf miner and I was concerned it would not survive. It lives in a sheltered sunny spot and we just need to remember to water it as it is not on the watering system.

The peach tree needs to be pruned but I lack courage.

The lime tree which had also been attacked by the leaf miner has ot made such a good recovery. Time and patience will tell.

The black fig tree planted last spring is trying to decide whether to live or die.

Although I’ve already removed some of the height from this Oleander it needs further pruning. It’s way taller than me and as I’m vertically challenged and can’t climb on steps, I’ve resorted to long-handle extending pruners which proved quite a challenge. I’ll attack it again tomorrow.

That’s it for this week.

Check out more gardens over at the Propagater’s Blog.

15 thoughts on “Garden Diary: My Garden in January”