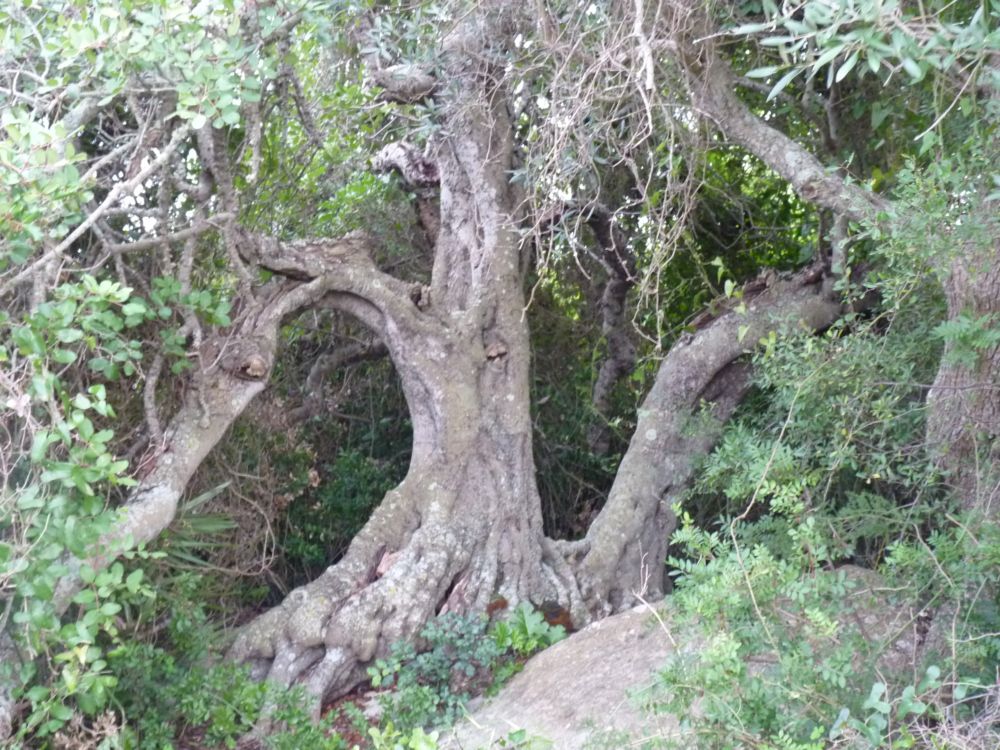 Or should this be “10 useful facts I did not know about the Carob tree”?

Lacking inspiration for this week’s Wordpress Weekly Photo Challenge – theme: “Growth” , I stumbled across this picture of an old Carob tree (Árvore de alfarrobeiras).  I’d taken the picture on our first geo-cache expedition and according to the accompanying blurb about the cache, this tree is over 100 years old! That’s one hell of lot of growth!

However, having unearthed the photograph I paused to consider this magnificent tree and the fruit it bore. I often eat alfarrobeiras (carobs) cake (tarte) in Portugal and it’s delicious! Curious to learn more about the carob I set sail on a “Google” voyage of discovery. Where would we be without the internet? I’m sure you know the feeling…

Several hours later my head spinning with facts and figures, and my fore-finger aching with mouse-fatigued I selected ten key facts.

An interesting exercise because I did not realise carobs are considered one of the “Healthy” foods.

1. The Carob tree prefers a dry climate and is native to the Mediterranean.
2. The fruit of carob is called a pod and is edible.
3. The pod not only contains many small beans, but also a semi-sweet pulp.
4. Locust bean gum is made from the pulp of the pods and used as a stabilizer, emulsifier or thickener.
5. Carob pods contain iron, magnesium, calcium, vitamins A, B2, B3, and D plus etc.
6. Carob pods can be ground into flour and used as a cocoa substitute for chocolate flavoring.
7. Carob contain just 1/3rd of the calories of chocolate  so great if you are on a diet.
8. Carob pods are almost fat-free –  another plus.
9. Carob is non-allergenic – great if you are allergic to chocolate.
10. Carob has various other applications including the production of cosmetic facemasks, fodder for livestock and firewood to name a few.