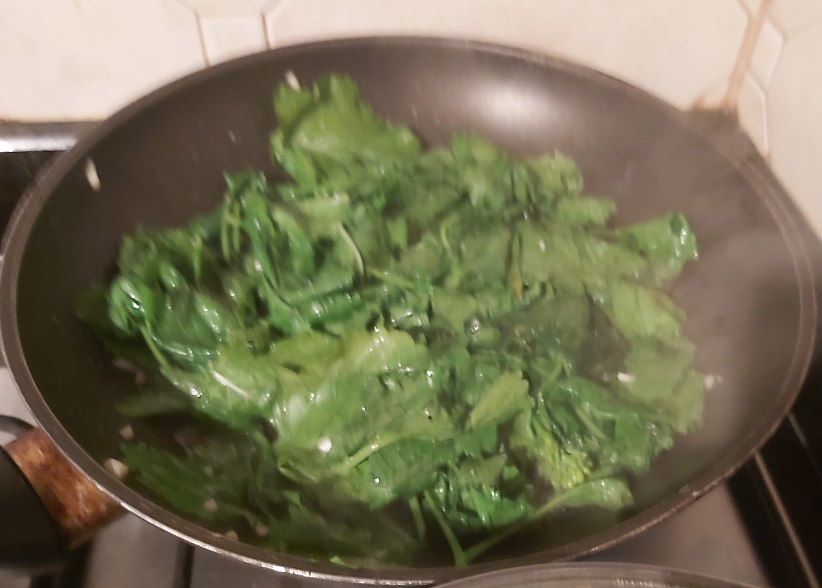 Growing Nabo in a Container

Providing it doesn’t look up at me from the plate, I try to keep an open mind when it comes to trying new food. However, Nabo is the most disgusting vegetable we have EVER tasted. When I ordered these seeds from a Portuguese seed company it was definitely one of those ‘lost in translation moments’. To me, they looked like sprouting broccoli which grows from plot to plate fairly quickly AND is both nutritious and tasty. Apparently, Nabo is turnip bulbs, not broccoli, despite its appearance.

I started the seedlings in a seed tray then transferred the maturing plants to one of my lettuce crates. As promised on the packet they grew quickly and were ready to eat within 45 days. Alarm bells should have clanged loudly when even the slugs, snails, ants and caterpillars gave them a wide birth.

I thought the raw leaves would taste like spinach. Nope, Gnome informed me they tasted like they looked – a weed. Be patient, I told him.

Undeterred, I sauteed the leaves (there were no bulbs) in garlic and butter. Seasoned with salt and pepper and decided to serve with an omelette instead of the usual salad. The Nabo never made it to the plates. We both tentatively took a mouthful and in unison spat it out. It tasted bitter and so relegated it to the dustbin.

The rest of the crop fed the compost bin.

On a positive note: I can now strike growing Nabo from my ‘Bucket’ list.

To add insult to injury I inadvertantley ordered three packets so these are now advertised “Free to Good Home” on our local FB gardening group.

Does anyone out there eat Nabo?